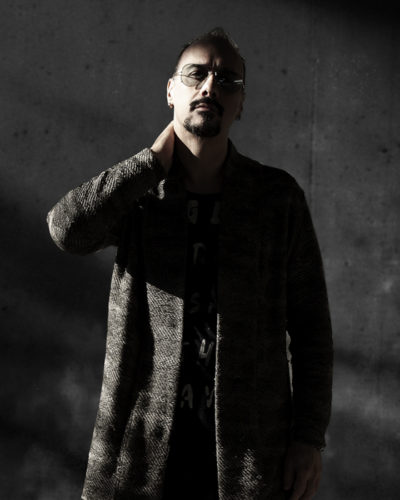 Maxie Devine, half of Veerus & Maxie Devine duo has been providing high quality electronic dance music to clubs from all over the planet.

After spending years producing top-level music, in 2007 there was a quantum leap after the discovery of Steve Angello.

From that moment he never stopped touring the world and “rocking the deck” to the present day, achieving year after year a larger global recognition.

His way of working in the studio, the sound that he created, the style of his productions becomes a recognizable sound mark: his lifestyle.

In his productions different styles coexist, different sonorities, different ways of seeing music.
Everything is amalgamated with a mixture of “old school” sounds, hard grooves and dark atmospheres .. this is what you will hear and it is his vision of Techno.
In his sound, everything is constantly evolving.

During these years, he collected a lot of supports of great artists like Carl Cox, Fatboy Slim and we can add to the list other names from the star podium like Sasha, Richie Hawtin, Green Velvet, Sam Paganini, Solomun, Sian, Enrico Sangiuliano, Julian Jeweil.

The tracks that have allowed him to shake the dance floors are countless… Tunes such as “Mouses Ate My Proteins”, “Censored”, “Cars”, “The Sound”, “My Train”, “Loom”, “My Acid” or “My Beat” have collected thousands of downloads from the major online digital music platforms, millions of views on Youtube and 3 tracks within Beatport’s overall top 10 at the same time!

The labels that have tested his sound are all on the highest level. Labels like Octopus, Terminal M, Noir, Knee Deep In Sound, OFF, Suara, Le Club Records and many more!